Feel free to leave comments with your feedbacks! :)

This is a boss rush game, where you have to fight a succession of nasty bosses that prevent you from freeing your family!!!

You can find a gameplay/guide video here: Jumpy the Brave! - Gameplay/Guide.

You have a maximum of 3 hearts, if you lose all of them, you start again.

About the controls: use the arrow keys to move, jump and make a falling attack!

↓ : falling attack while in mid-air!

Activate the boss by approaching the cage.

Try to kill the bosses, set your family free and tell me what you think!

This small game was made for the WGJ 52 and is still in development.

All the content is hand-made with love! Graphics, sounds, music...

I just finished playing your game!

I love how you explain the controls for him and it is how you start the game too! How cool is that! That way, I am forced to understand the controls before I am allowed to continue. Good idea.

I think the only thing that needs a little bit of work is the code behind the boss. I want to feel a little more presence from him. Maybe if he can "sense" where the main character is to better drop his minions off. That would help him be a little more threatening and it would force me to deal with those minions a little quicker instead of just avoiding them.

Keep up the good work!

Hi YourBr0ther! Thank you for your feedback!

Indeed, the boss,when he is starting moving horizontally at least (second form) should have a sense of where the player is. In the current version the horizontal movements of the boss are random, that's why it can feel like he doesn't care about the player, haha :)!

The next version will have an improved AI with the boss going to look for the player when he is too far away (or too far away for too long). The normal enemies have detection ranges, one to go towards the player, that is pretty wide, and a small one where they will start to go in jump mode to annoy the player :). So i think these enemies are pretty much finished. Only the boss doesn't know where to go and what to do, it seems like he doesn't understand what he is doing there....yet! Haha :)!

Thanks again for the feedback.

New version is there, with the bosses following the player now (starting from the second form) and also the last boss is faster in his horizontal movement. Now we feel like we qre pressured! :)

I really like it! Simple and fun! You should consider adding some plot to it, and maybe possible upgrades. Very good job!

Thank you for your feedback! I just added a victory screen which is not completely finished yet. I'll add more plot and maybe upgrades later when I have time, that's a good idea :). For now I'll try to finish what I think is the core of the game.

Reply
The GDWC2 years ago

Very cute-looking game and the gameplay seems fine for now (you can't die, so it may appear easy now, though). Overall, it's simple, but well-made. The music is catchy, if repetitive, but then again you pay less attention to it when playing.

If you're interested, you could enter out annual game making contest with this!

Hi, thank you for your feedback! I added some features and there are 4 bosses now, that are much more difficult :), so if you wanna try, good luck!

The music is still the same but I am working on it to make it less repetitive.

And yes, I am interested in participating. How does it work?

Reply
The GDWC2 years ago

You can enter here: www.thegdwc.com. First you need to make an account and then you can enter games for the contest. Thanks for taking interest!

great game! its super fun, like the music and visuals! 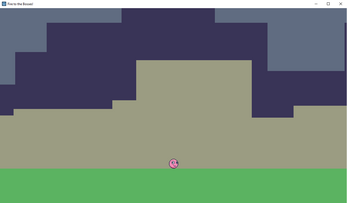 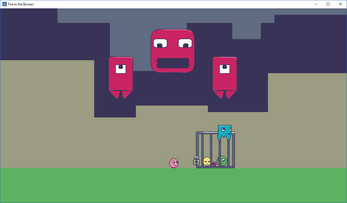 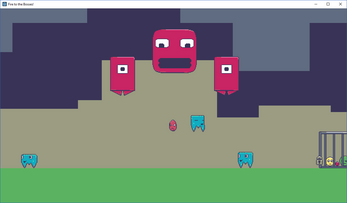 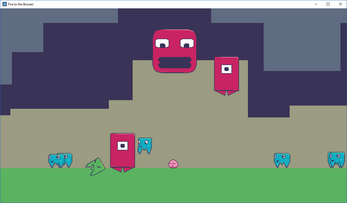 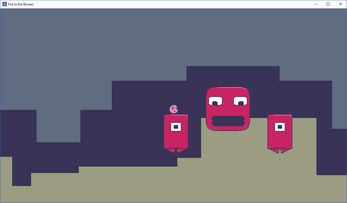